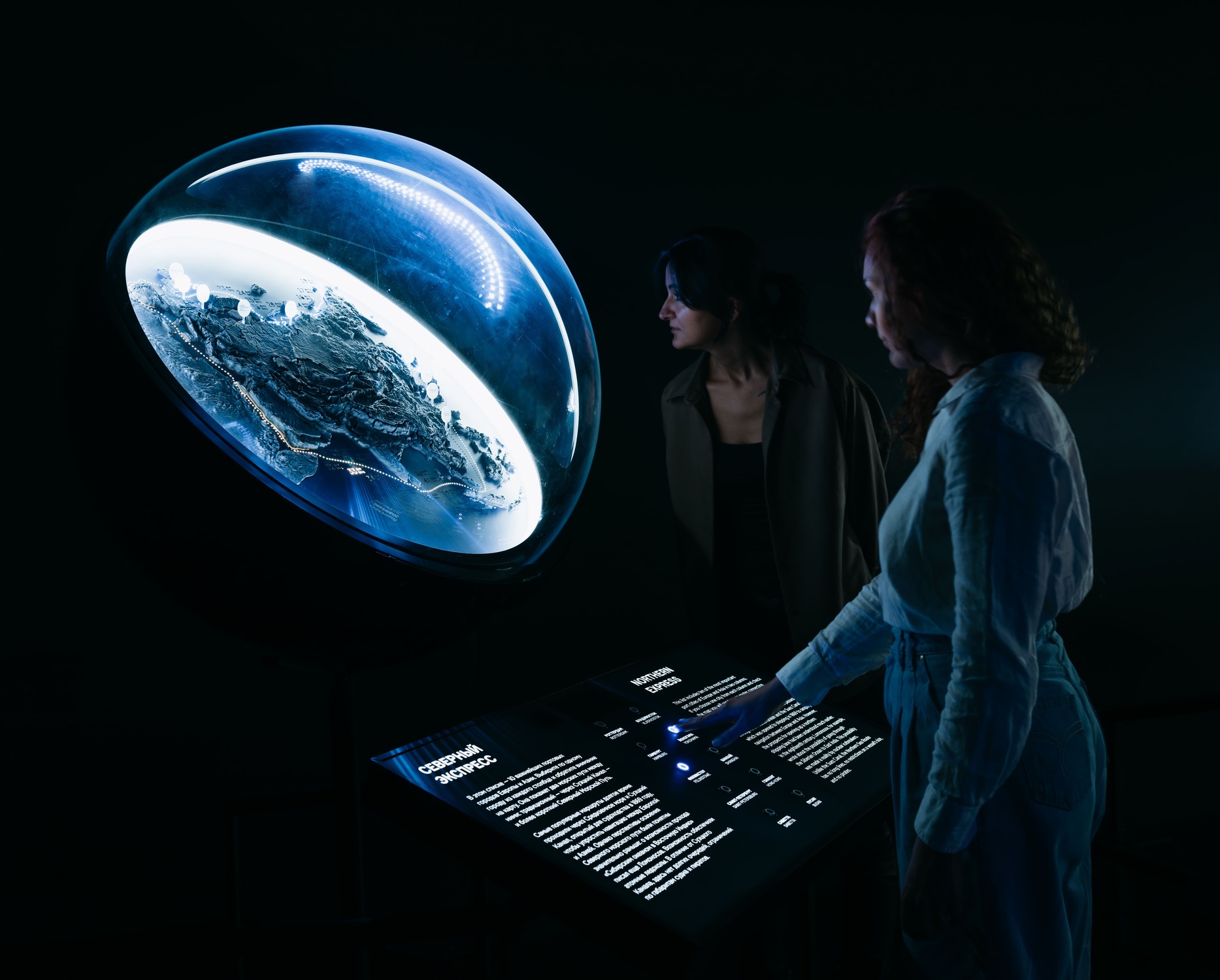 Architection is a place where engineering meets art. We are a team that helps to bring the most ambitious projects to life. We create sensational objects, spaces, and environments, filling them with artistic and technological vision.

Our team consists of responsible and competent professionals from various technical and artistic disciplines. Each member is self-sufficient and knows how to take the initiative to make decisions in the most extraordinary tasks.

We always strive to match the original concept of the project. We carefully work out visual and constructive solutions, paying particular attention to design, choice of materials, processing, and production methods. At the same time, we approach each task individually, applying new technologies and knowledge.

All our team members have many years of expertise in the industry. So we can implement a project of any format anywhere in the world. We are open to complex and multifaceted ideas and are ready to join the project at different stages.

- high competence of specialists, the ability to solve complex technical and conceptual tasks;
- own production, including prototyping, 3D printing, a variety of surface painting and woodworking, CNC, a metal processing workshop, and an electrical workshop;
- own engineering and design office with highly professional international specialists;
- own art studio for solving creative tasks of different kinds and maintaining links inside the community.

At Architection, we are always ready to make the unbelievable real. Please write to us to bring a new project to life.

Get to know more about Architection through our projects!

Mosaic is a project created as part of the office design for Sila Sveta team. The concept and architectural project for their office were developed by Harry Nuriev and the infamous Crosby studio.

Three mosaic panels with space scenes have become the main focus of the studio space. The space theme was not chosen by chance – in 2020, at the birthday event of ARMA 17 club, Sila Sveta presented Kosmos project, for which they created several animated videos. Those videos were inspired by Soviet mosaics and space exploration stories. Animations with a reimagined Soviet mosaic impressed the audience so much that they became one of the hallmarks of Sila Sveta studio.

To implement this project, the artists, together with the mosaicists, manually drew sketches, according to which the elements of the composition were subsequently created.

Architection team developed a special technology for creating a mosaic for this project. Mosaic elements were cut out, painted according to the unique furniture technology, laid out like a puzzle, then the composition of the segments was installed on the walls of the space.

Pulsar is a science-art project that combines mythological and scientific ideas about celestial bodies.

Pulsar public art installation shape refers to the Great Icosahedron, one of the four Keppler-Poinsot stellations. Generative light animation for this project was created based on the data obtained by scientists at the Pushchino Radio Astronomy Observatory while observing the pulsar B1112+50 for over 9 years.

The ten-meter installation is made of mirror steel and polycarbonate with a coating that creates multi-dimensional reflection during the day and transmits light at night. While observing the installation, you can hear the unique sound art, that was also created based on the pulsar B1112+50 data.

To make the installation shine and pulse generatively, we integrated an LED matrix based on a high-density controlled LED strip. To manage it, we used TouchDesigner programming environment and artNET controllers. Scenarios and the algorithm of light are based on the data provided by the Pushchino Radio Astronomy Observatory. For data processing, our team developed a special software in Python programming language.

The project was implemented with the advisory of Andrey Kazantsev, a researcher at the Pushchino Radio Astronomy Observatory.

Azimut is a kinetic installation made by Architection team together with the artist Viktor Polyakov in the space of the AZIMUT Smolenskaya hotel. Previously, the building housed the famous Belgrade Hotel, built in 1975 in the style of Soviet modernism. The architecture and history of the building became the starting point for the concept of this kinetic installation.

The central object of the installation is a light-dynamic composition located on the ceiling of the elevator zone. This object consists of many multi-colored translucent backlit elements. The installation refers to the foundations of modernist art and experiments with space appealing to American minimalism.

On the walls, there are mirror elements with kinetic prisms, the structure of which rhymes with the geometric design of the hotel’s facade. Glass prisms rotate, which converts light fluxes into colored rays. The pattern of rotating prisms refers to the futuristic navigation system and visual identity of the AZIMUT Hotels brand.

The variation of lighting effects from meditative gradient overflows to the pure colors flickering made it possible to reflect the rich and dynamic rhythm of the metropolis.

Content management on LED strips is implemented using TouchDesigner visual programming environment and a set of controllers. This allows to change the settings and adapt the colors and lighting solutions to the desired atmosphere.

Architection team is also working on building the exhibition spaces. The project “Yamal. The Warmth of the Arctic” was dedicated to the 90th anniversary of the formation of the Yamalo-Nenets Autonomous Area. Through scale models, art installations, multimedia programs, and interactive objects, the exhibition presents a portrait of the indigenous population of the Yamalo-Nenets Autonomous Area, as well as shows the changes and development in the region over the past 90 years.

The concept of the exhibition is built around a paradoxical contrast: the location of Yamal in the far Arctic north and its radiation of warmth far beyond its geographical boundaries –  both in a physical and metaphorical sense.

The exposition narrative shows the oil and gas industry, the culture of the indigenous northern peoples, the past, the present, and the future of the region. The structure of the exhibition was created by 19 large snow globes. A snow globe known as a souvenir and associated with magic and comfort normally, in this project turned into a multifunctional exhibition space where art installations, original multimedia programs, historical artifacts, and interactive objects appeared.

Solar Facula ("Solar Torch") is another project of Architection team in collaboration with the artist Viktor Polyakov. The public art installation was created together with the Street Art Research Institute and Tatneft oil company and became one of the projects of the Tales of Golden Apples program in Almetyevsk, the Republic of Tatarstan.

The sculptural composition is made of mirror steel and steel with a gradient coating. Dynamic lighting is provided by computer-controlled LED elements.

This project combined several approaches and interpretations. On the one hand, the sculpture refers to the image of an oil torch. The object is installed in an oil-producing region and its inhabitants appreciate their history and the industry in which they are employed. On the other hand, the sculpture refers to the architecture of Soviet modernism. In Solar Facula project the recognizable architectonics of modernism is complemented by an up-to-date vision. The use of new technologies made it possible to combine several conceptual approaches in a dynamic sculptural form.